Load ’em up at the Chimney Rock Museum

Driving around Nebraska since we moved here four years ago has been an ongoing journey of discovery for our family. We ventured out last spring to western Nebraska, and we just had to stop and see Chimney Rock – the iconic landmark that appeared on the 2006 State Quarter honoring Nebraska. It was an essential way-point for countless pioneers making the trek overland on the Oregon, California and Mormon trails. 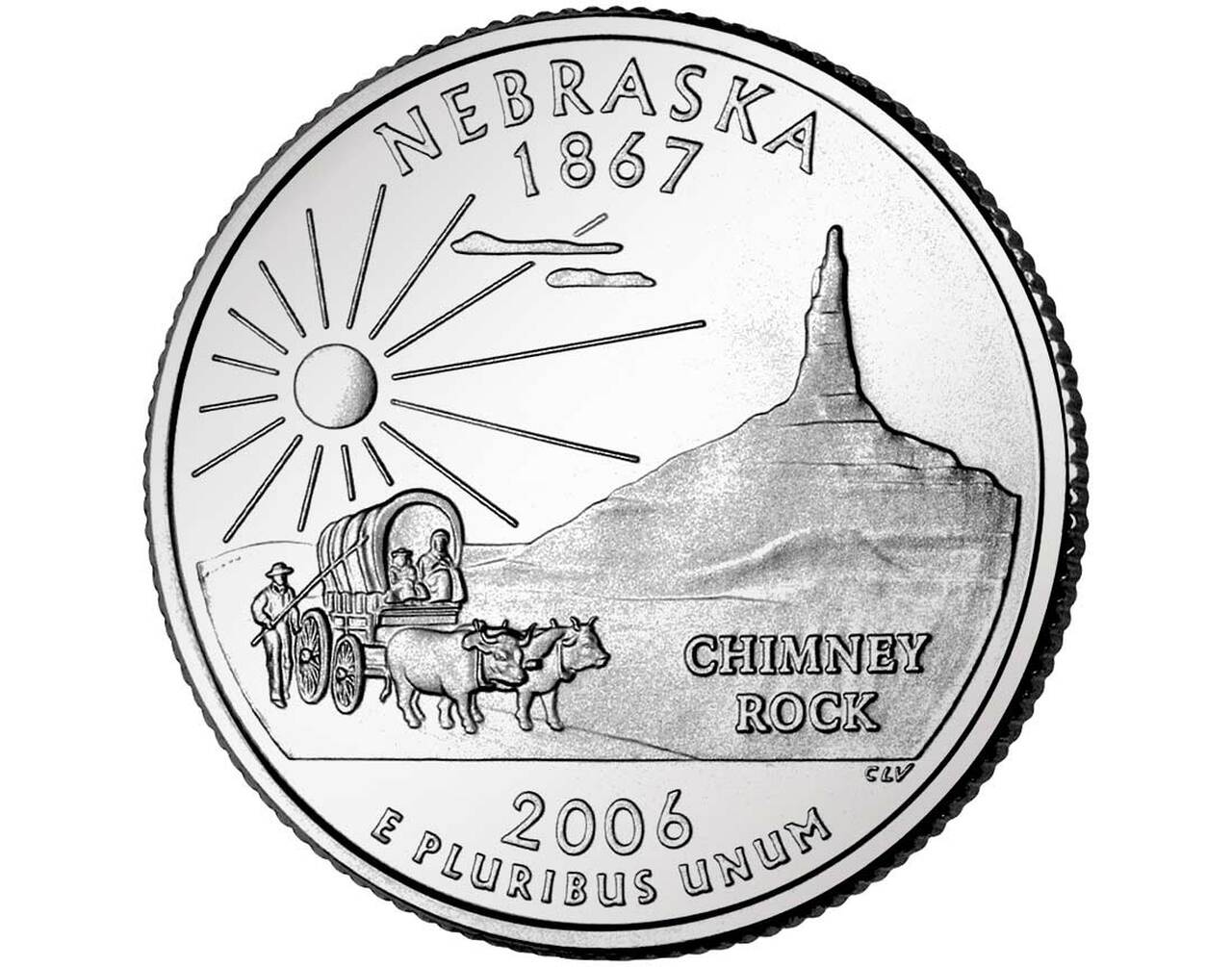 One of the highlights of that trip was stopping to enjoy an hour or so at the newly updated Chimney Rock Museum in Bayard, NE. The museum has a fresh, clean design, and it offers lots of hands-on displays and engaging artifacts for visitors of all ages. Each of the kids took on the challenge of loading up a scaled-down prairie schooner with just the right mix of supplies, household goods, weapons, food and luxuries. The wagon is designed to indicate if you have added too much weight, and it forces you to make painful decisions, such as leaving behind your favorite dresser in order to have enough beans and flour for the long trip west.

There are photo viewers that fascinate with historical 3D images, rocks that you can try carving your name in, and paintings featuring Chimney Rock to inspire the artists in your family. Small sheets of paper with “Chimney Rock Looks Like…” printed in one corner offer visitors the opportunity to draw out how they might record the landmark in their journal or diary – and there’s also a display board where you can post your creation to inspire other visitors after you leave.

This carefully curated mix of artifacts and stories both stimulate and satisfy the curiosity of visitors who are interested in the experience of mid-19th-century travelers, struggling across these plains that we so easily speed through in air-conditioned comfort. The pioneers had to endure many dangers and discomforts, and Chimney Rock was a memorable sight to the slow-motion caravans making their way to the promised land out west.

Chimney Rock was just one of the geographic formations that caught the attention of these emigrants – 14 miles back on the trail was a formation dubbed “The Court House” for its resemblance to a municipal building in St. Louis, and 20 miles further down the trail was a landmark named “Scotts Bluff, a weathered contortion of parapets, towers and gulches: A Nebraska Gibraltar… Someone named Hiram Scott, a fur trader, had died among its crags in 1828. No one knew exactly how, so a number of legends grew up – that he had sickened and been cruelly abandoned by selfish companions, that he had been murdered by Indians or maybe killed by a grizzly bear, that his skeleton, when found, was twisted in a death agony or that it was propped up against a rock, placidly supine.“1 Chimney Rock, with it’s spire jutting some 500 feet in the air “was likened not only to a chimney, but also to a pole in a haystack, a minaret, a church steeple, an inverted funnel and a lightning rod.“2

A favorite habit among these travelers of old was carving their names on such landmarks. But this Nebraska icon is off limits to such endeavors by modern visitors, who have to be satisfied with taking a photo depicting the impressive stone monolith in the background. The grounds outside the museum have a variety of outdoor props to include in those memorable pictures that might be featured in your next photo Christmas card or vacation slideshow.

No museum would be complete without a gift store, and we considered an impressive array of history and nature books, craft kits, postcards, and toys. One particular little stuffed animal was surreptitiously purchased (to become a birthday present for the youngest when he celebrated his birthday the following week) from a trading post that travelers of a century-and-half ago could hardly have imagined.

Click here for more information about the Chimney Rock Museum