Skip to content
From the Editor Legal Nebraska Politics

by the Editorial Board

Now that a proposed statute legalizing so-called “medical” marijuana has died in the Unicameral, pot-loving Democrats are at it again. This time, Democratic State Senators Anna Wishart and Adam Morfeld are among the leading proponents of a Constitutional Amendment that seeks to legalize marijuana in the Cornhusker State for completely undefined “medical purposes.”

According to Ballotpedia, the 2022 initiative says that, “The object of this petition is to allow persons in the State of Nebraska to have the right to cannabis [i.e., marijuana] in all its forms for medical purposes.”

The actual change to the Constitution would come as a new clause, Section 31, which would be added to Article I.  It reads as follows:

Section 31 I-31 Persons in the State of Nebraska shall have the right to cannabis in all its forms for medical purposes.[5]

A Disastrous Slippery Slope to Crime and Addiction 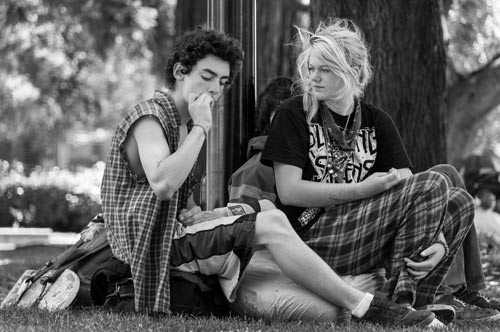 And there is nothing that prohibits residents from growing their own marijuana plants or that guarantees marijuana will not fall into the hands of recreational users, including teenagers.  Yet this is exactly what happened in Colorado and California, where so-called “medical” marijuana was simply a stepping stone to full legalization of recreational marijuana, with all its attendant problems.

If anyone doubts the existence of these problems, he can look at formerly beautiful cities in California, such as Santa Monica, which now have “homeless” encampments populated largely by people with drug problems, including addictions to marijuana.

The proposed Nebraska measure would also permit the smoking of marijuana, and it completely ignores the fact that plants (as opposed to tablets or pills with purified ingredients) present problems related to proper dosing.

Governor Pete Ricketts has said in the past that he opposes passage of a so-called “medical” marijuana law.

“The only difference between medical marijuana and recreational marijuana is word choice. Doctors can’t prescribe it and pharmacists can’t provide it because it’s not medicine,” Governor Ricketts said.
“[T]he marijuana industry has set its sights on Nebraska,” the Governor noted. “And the real goal is the legalization of recreational marijuana across the state. We’ve seen what happens when progressive politics trump science and common sense. That can’t happen. It’s up to us to protect our kids and defend our communities. Big Marijuana’s way is the wrong way for Nebraska.”

Nebraskans Should Question Gubernatorial and Attorney General Candidates on the Issue

Nebraska voters should question gubernatorial and Attorney General candidates on their positions related to so-called “medical” marijuana and how they propose to address this important issue, including the problem of families with children suffering from various types of seizure disorders.