The Nebraska Legislature – A Unicameral by Any Other Name Would Smell as Sweet?

Let’s start with brief review, shall we? The Nebraska Unicameral is the only one-house state legislature in the United States: 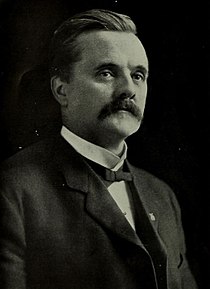 The vision of Nebraska’s one-house legislature includes the pillar of clear and visible openness, rather than secrecy.  George Norris, who championed the state-wide ballot issue which formed the Nebraska unicameral in 1937, said “Every act of the legislature and every act of each individual must be transacted in the spotlight of publicity.”  Mr. Norris railed against the concealed actions of bicameral legislature conference committees, which resolved differences when similar bills passed in both houses had different content.  In Nebraska prior to 1937, an appointed six-member conference committee met in secret, and the votes of its members were not made public. Mr. Norris believed that these kinds of conference committees therefore held too much power, and that they could be more easily influenced by lobbyists.

Is the Unicameral Effective or Not?

Many citizens believe that the Nebraska Unicameral is a uniquely effective construct. Many do not. Those who are opposed to the single house system commonly state that:

As we are in an even numbered year, the Unicameral of the State of Nebraska will complete 60 legislative days. According to the approved 2022 legislative calendar, these 60 legislative days are scheduled to be completed by April 20, 2022. Given the brevity of this session, the state’s budget bills and Senator’s priority bills are given strong preference.

The following graphic provides a quick status update on legislative bills of particular interest to The Cornhusker Guardian during the current session. Please note that no “tax relief” bills appear in the below image, as these bills will be amended and combined into one tax relief bill and addressed later in this session. And finally, “LR” 278CA, if passed, would be an amendment to the Nebraska constitution.