“Nebraska’s preamble to our constitution states: ‘We, the people, grateful to Almighty God for our freedom, do ordain and establish the following declaration of rights and frame of government, as the Constitution of the State of Nebraska.’ The Declaration of Independence reminds us: ‘Governments are instituted among Men, deriving their just powers from the consent of the governed.’ That’s why we are here today. Freedom is an essential part of the American experience, and every person should be treated with dignity and respect.”

On February 15, 2022, the NFA launched an effort to collect 4,137 signatures for a petition aimed at forcing the City Council of Lincoln to rescind or put to a vote the so-called “fairness ordinance”, which detailed sweeping changes to the city charter.  Hundreds of Lincoln residents responded and volunteered as petition coordinators, gatherers, and notaries during a concentrated 15-day campaign, which ended on February 28.

Detailing the Keys to the Successful Effort 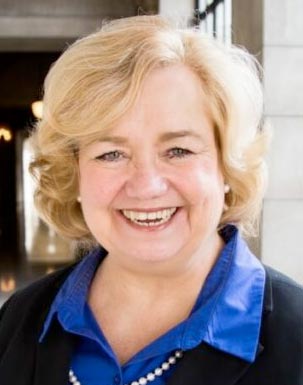 The NFA submitted petition signatures to the city clerk at 10 am that morning, and Bowling observed that: “Overlooking the clerk’s office is a picture of our city’s namesake, President Abraham Lincoln that states, ‘With public sentiment nothing can fail. Without it nothing can succeed.’” She then continued with the main news of the press conference “Today is about due process to give a voice to Lincoln residents who love their city and their neighbors. Volunteers gathered today; we say thank you.  Your labor of love as volunteer petition circulators made it possible to submit 1,365 petitions with 18,501 individual signatures collected by 339 volunteer petition circulators. That’s more than four times the needed signatures to repeal the ordinance.”

Bowling further noted that the signatures were gathered from every part of the city, from every demographic and language group, from 72 churches, to include Catholic, Protestant, and Islamic congregations, and from republicans, democrats and independents.  She said that the petition drive was a non-partisan initiative that included support from both opponents and proponents of the ordinance. Bowling concluded her remarks with an appeal to the good will and common sense of the residents of Lincoln “Today exemplifies that the people of Lincoln believe that every person should be treated with dignity and respect. Today is about the good of our neighbor and recognizing disagreement is not discrimination.”

Explaining Why the Ordinance Needs to be Blocked 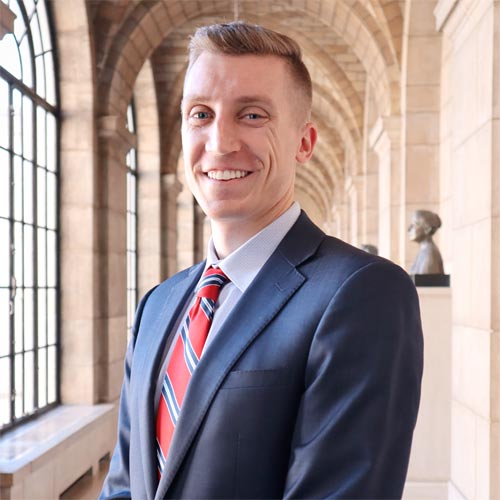 Nate Grasz, NFA’s Policy Director, then took the podium to explain what the ordinance would truly result in, versus the claims made by the City Council, and why 18,501 voters signed the petition.

His statement is as follows:

“If you look beyond the platitudes and empty political statements from our City Council, you will find an ordinance that is simply poorly written, overly broad, and makes our city less fair.  And that’s what we want to help explain today – what this ordinance really does as opposed to just what the City Council says.

The ordinance redefines the term ‘sex’ to mean ‘male, female, neither, or both, including sexual orientation and gender identity.’

By claiming to prohibit discrimination based on this new definition of sex, the ordinance opens up bathrooms and locker rooms to men who self-identity as women and vice versa. If someone identifies as female, you must give them access to private spaces designed for women or it’s discrimination because you cannot discriminate based on someone’s gender identity.

This applies not only to employment and housing, but to all places of public accommodation.

It is also worth noting, that while there is no religious exemption, the City Council removed places that are funded by the government from the definition of public accommodations. So the ordinance applies to private schools but not public schools, and in private businesses but not city buildings.

But this ordinance is much more and much worse than just a bathroom bill. The ordinance also defines “sexual harassment” as any action, including speech, by an individual that has the effect of creating ‘an intimidating or offensive environment in employment, housing, or public accommodation.’

This means you could be liable for an illegal act simply for expressing Biblical or traditional beliefs about marriage and human sexuality or for not using someone’s preferred pronouns if it causes someone else to feel offended.

And who gets to determine if someone is guilty of violating this ordinance? An unelected commission with the authority to levy fines up to $10,000 for a first offense, $25,000 for a second offense, and $50,000 for any subsequent offense.

All of this raises more than a few questions:

If the City Council believes this ordinance is good and fair for our city, why did they remove city buildings from public accommodations? Why did they exempt themselves but not churches?

Why, when they received over 400 emails in opposition from citizens raising these concerns, did they insist on moving forward with the ordinance instead of listening to and addressing the legitimate concerns of their constituents?

And finally, do they know and agree with what this ordinance actually allows for, or did they just not know what was in their own ordinance?”

Will the City Council Back Down or go to the Ballot Box?